We met Paula Rojo in the first edition of La Voz en España, a television program whose format had already triumphed in other countries and which also did so here. 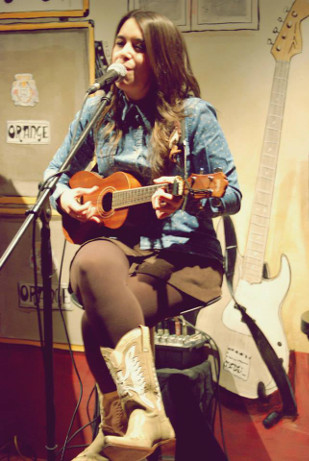 The philosophy of La Voz was to find new artists and singers looking only at their Voice. This meant that the possibilities for some were greater and for others smaller, since one could not see their personal style, their image or their way of communicating with the public or moving around the stage; but without a doubt it was the fairest way, since all were valued by their Voice.

Paula Rojo was not only the contestant who conquered the jury with her sweet voice and her ukulele but she was the singer who from her first performance made the whole audience excited , including me, by listening to the song she had composed for her little brother . A song full of sweetness, affection, love and much truth.

It is today writing these lines and it still makes a small lump in my throat, because every time I hear it I can't help but feel that feeling of love (towards my children or my brother with whom I have also spent many years). And it is that she expresses so well that feeling of love at first sight when you see a "little thing" so small that it becomes the center of your life, the first advances, the games, as she begins to speak, as that person is at all the important moments.

Paula also conquered us for her style of dressing, so personal, sweet and at the same time for feeling proud of liking a type of music that is far from what the great masses prefer.

And this is what makes it special, such a personal decision for country-pop music, a genre little cultivated in Spain, but that Paula will bring us closer in each of the songs of her first album ÉRASE UN SUEÑO. 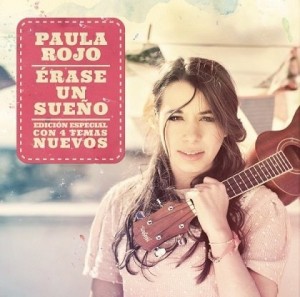 On this very special journey through his songs, we can see how he tells us many personal stories, lived with his friends and family, in his homeland, at his holiday resort or on trips to London and other places where he practiced languages. 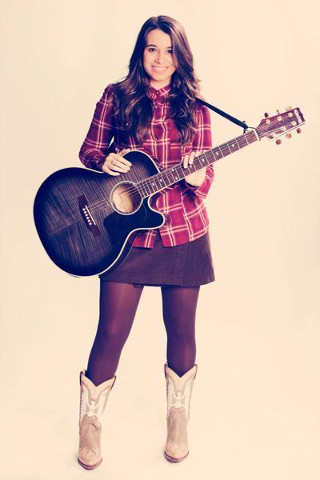 The album is being a resounding success, not only among his many followers, but also on television, as we should not forget that his song "Si me voy" was the soundtrack chosen by the Master Chef Junior program. A song to the rhythm of Country in which its percussion makes us evoke the sound of the horses riding.

This theme was also used to hold a solidarity meeting at the Las Teresianas school in Oviedo, where the children paid for the "glass of solidarity" of juice in favour of Manos Unidas. With that glass they would then make the percussion of Paula's song; a video that we can enjoy on her facebook.

We will be able to see her in countless concerts throughout Spain accompanied by guitarist Álvaro Bárcena and violinist Silvia Carbajal..

In his album we can find a multitude of stories, perhaps autobiographical, of love and also of lack of love, of friendship and a version of the famous song "Wake me up" to rtimo country, or the song with which he presented himself to the contest of the vos "Chicken fried". 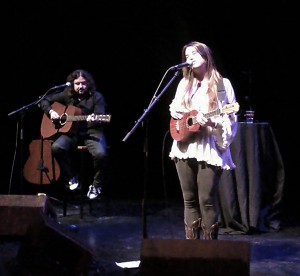 The truth is that if I had to choose between the 16 songs from their first album I wouldn't know which one to choose. "We will travel around the world" is a song that makes me evoke part of my youth, and it is that "I feel that I am no more and no less where I want to be". But"Sounds like a Country" I love it for its rhythm, for the passion I feel for the country world, for the memory of one of the greats of this genre.

Thanks Paula for this album, congratulations on your success and I am looking forward to your second project which I know is underway.... and those who are sure will come...