On Saturday, October 19, the championship was held at the Rancho El Paso, a very well-tended, clean site, with lots of vegetation, and the one that was attended to the event of the national championship of western riding by lovers of this sport and horses. 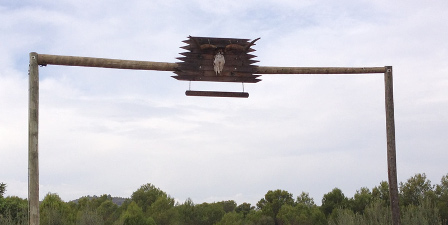 Sancho For You was there with them and we watched a lot of horse lovers of all ages, as there were young children whose parents had already introduced them to the respect and love of nature and amateurs who came with the whole family, including their grandchildren. 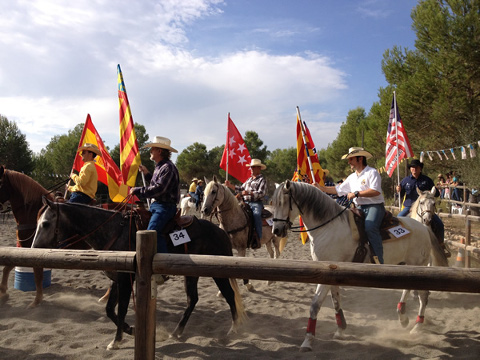 There were representatives from different autonomous communities such as Catalonia, Madrid, Valencia, and the Aragonese federation represented by Luis Miguel Mainar. Also present were participants who boarded their horses from Mallorca to attend the event, as well as the Asociación Valenciana de Monta Western.

The competition was divided into two categories, the junior category (up to the age of 16) and the senior category (adults); and they had to face tests with horses to demonstrate their mastery of the animal by simulating calm and other faster situations.

The protocol marked that it began with the rider's prayer, a rite inherited from the USA, where the love of western riding came from. 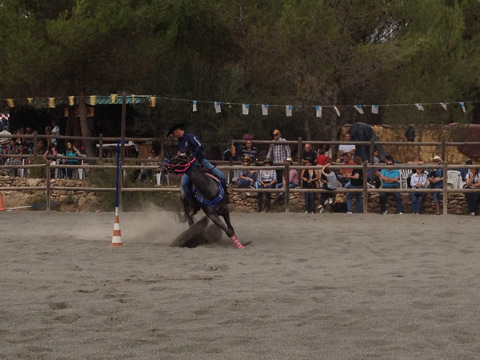 Then one of the first quiet tests was to walk with the horse and pass through a simulated bridge, then the horse had to stop next to a barrel for the participant to pick up some saddlebags that he would transport to another barrel; after this the participant went to an area where he had to put on a raincoat, without getting off the horse and staying calm; they also had to overcome obstacles that were in the way and finally pass through a narrow passageway to a room and turn with the horse 180º and go out the door.

In short, the tests had to be carried out calmly or quickly, without the horse getting out of control despite the number of people, cameras, music and public address system that broadcast the different tests, a very nice show and in the best of environments.

In the previous news I said that anyone would feel lucky if they were invited to participate in this event, see nature, stables and those expert riders in cowboy dressage, excellent horses, music... And all of this with the best company, the event organizers at the El Paso ranch, Juáner Domínguez and Mari Cruz, who would put the musical note to the Gran Festival Country. 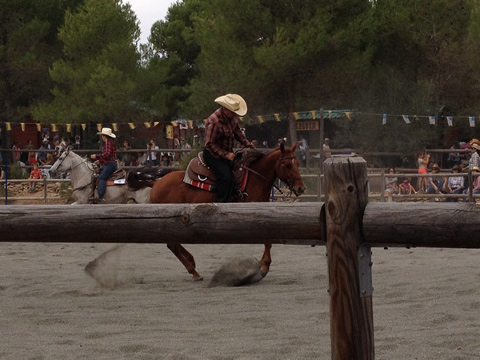 For us it is a fascinating world and we are very grateful for the good reception and welcome we had, without a doubt we brought a very good taste of mouth and we would love to repeat in the next championships or events to be held

Remember that until October 31st is open the registration period for the Sancho Boots draw for this event. You can consult the bases and register for free at: